Leon Gambetta was elected to the French legislature in 1869. He became a leader of the republican minority.

Here are excerpts from two of his speeches:

“Citizen Electors – I accept this mandate. On these conditions I shall be especially proud to represent you because this election will have been conducted in conformity with the true principles of universal suffrage. […] With you, I think that France, the home of indestructible democracy, will know liberty, peace, order, justice, material prosperity and moral greatness only through the triumph of the principles of the French Revolution. [Democracy] is the political system which achieves most promptly and certainly the moral and material emancipation of the greatest number, and best ensures social equality […] I give you my vow: I swear obedience to this present contract and fidelity to the Sovereign people.”

“The peasantry is intellectually several centuries behind the enlightened and educated classes in this country. The distance between them and us is immense. […] Of the external world, of the society in which [the peasant] lives, he apprehends only legends and rumors. He is the prey of the cunning and fraudulent. […] It is to the peasantry, then, that we must address ourselves. We must raise and instruct them. […] Enlightened and free peasants who are able to represent themselves […] should be a tribute rendered to the progress of the civilization of the masses. This new social force should be utilized for the general welfare.”

1- You are one of Louis Napoleon’s police officers, preparing a report about Gambetta for the Emperor. What would you report about his tactics and how he might pose a threat?

Gambetta died in 1882 at the age of 44. By this time, a Republic had been established in France. It was dominated by conservatives, and Gambetta, a radical republican, had pushed for the expansion of equality and social reforms.

In this period, the funerals of leftwing political figures were made into political events. 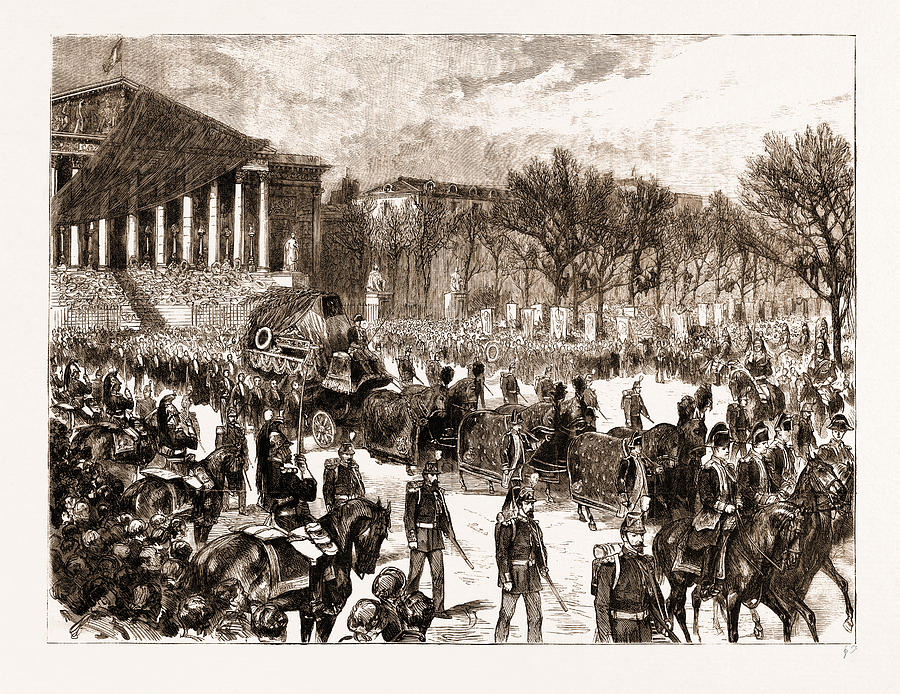 2- You are part of a group of republicans, planning Gambetta’s funeral. How do you turn it into a political statement? What elements do you include and why?

3-The mass circulation daily newspaper represented a new style of journalism. How had newspapers changed in the 19th century and why? Who was the audience?

4-How did the new type of newspaper treat everyday life? What were the faits divers

5-You are a newspaper editor, planning out the next day’s paper. You are writing the headlines and planning the layout. Come up with 5 possible headlines that you think will sell papers.

6-What does the new type of newspaper indicate about the new mass culture that developed in Europe in the second half of the 19th century?

NB: We do not resell papers. Upon ordering, we do an original paper exclusively for you.

Do you need a similar assignment done from scratch? We have qualified writers to help you. We assure you an A+ quality paper that is free from plagiarism. Order now for an Amazing Discount! Use Discount Code "save15" for a 15% Discount!


Place an order directly with us

Use ‘GET10′ as your coupon code to get a 10% discount for the first 5 orders you are going to place with us.

The Dark Ages From Justinian to Charlemagne History The United States Empire Outside Its Continental Boundaries Discuss...
Scroll to top
× WhatsApp